Many thanks to Tanya König und Martin Arpagaus for making this cool video.

Starkart Art Gallery is pleased to be supporting eight illustrious Stencil Artist with a landmark exhibition entitled „Stencil Bastards 3“. The show is curated by Christian Guémy alias C215 in together with Roman Leu. Christian and Roman met three years ago. Since then some of the world’s biggest Stecil artists including Epsylon Point, M-City, Btoy, Eime, Snik, Stf Moscato and Penny, transformed this unique spot in Zurich within two smashing Stencil Bastards Group Shows into a distinctive hotspot for Stencil Art in Switzerland. It’s a great honour that this year’s eight notorius Stencil Artists who travelled the streets of the world turn inward once again for us to see this unique Stencil group show in Zurich.

The Stencil Bastards 3 concept: for a month several different micro-cosmoses of Stencil Art will be shared with visitors to the gallery. Each of the Stencil Bastards will be represented in a room of his/their own. The artists will put their stencils on found objects, canvases and of course directly on the wall too. Visitors will be surrounded by fresh international Stencil Art. In addition to presenting new original Stencil works the exhibition seeks to bring people together and raise awareness for stencil art in the streets.

Check out the awesome Master thesis which Chatherine Eisendle did around the subject of Stencils!
It is truly worth a read. For now german only.
Symbolische Raumaneignung — Zeichen setzen mit Schablonen von Catherine Eisendle

And on a most noteworthy sidenote: Unfortunately now four of C215′s stencils got stolen in the last months off of the streets by a sad litte prick. 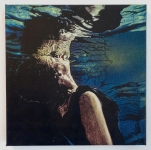 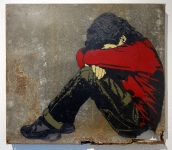 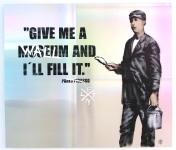