M-City with drone at Starkart Zurich 2013

Mariusz Waras also known as M-City from Gdansk Poland, was for the first time in Switzerland. The artist is well known for large scale stencil murals and his industrial criticism. He visited Starkart and painted two bold pieces – one on the wall – a plane crashing into a city and the other one on the ground in the front-yard – a broken wall piece. Here you can watch a video from the drone flying over the piece.

Known worldwide as M-City (the title of his remarkable stencil project), Marius Waras was born in 1978 in Gdynia, a seaport town in Poland. A graduate of the department of graphic art at the academy of Fine Arts in Gdansk, M-City is Poland’s best-known artist working in public spheres.
Always intrigued by industrial spaces and their surroundings, M-City creates large-scale murals inspired by the factories, hydroelectric plants, chimneys, and cranes that dominate his native town. Meticulously crafted, with layers of stencils and seemingly limitless stark black-and-white details, these murals can now be seen throughout the globe. Recent projects include a large-scale three-dimensional sculptural version of an M-City stencil factory. Eager to integrate with his surroundings, M-City prefers to create his work in legal spaces where he can focus on a project for days at a time.

M-City’s unique visual language has graced the streets of countless cities, including Warsaw, Berlin, Paris, Sao Paulo, Budapest, London, Prague, New York and Zurich. Along with such notable stencil artists as Hutch and B-Toy, M-City was a special guest at the 2010 Bogota Stencil Festival. His work has also been featured in both group and solo shows spanning the continents. -Graffiti 365 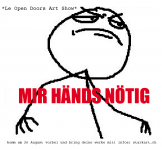 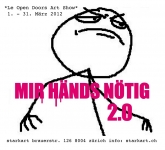 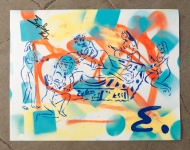 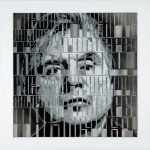 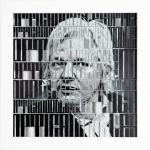 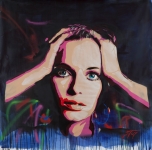 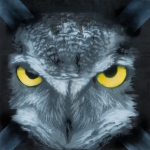 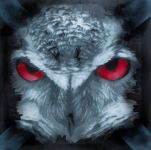 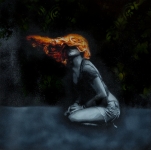 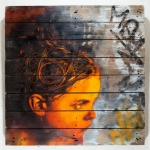 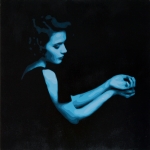 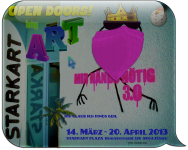